Randy and Carol Bowerman own and operate Bowerman Blueberries along with their children.

The blueberry farm began in 1954, when William and Winifred Bowerman bought blueberry nursery stock. They dug up the plants, and moved them to the farm, covering approximately 23 acres that first year. Since blueberries take 7-10 years to maturity, they also raised corn, and worked in real estate.

William's youngest son, Randy, worked on the farm after school until he was an adult, and left the farm for a short while. After marrying Carol, Randy began working on the farm evenings, weekends, and during the harvest, but the farm was not large enough to support two families. In 1976, when Randy started working full time, he and his dad started their own greenhouse to grow the blueberry bushes. They also chopped over 65 cords of firewood by hand, finally purchasing a front loader to help clear the land and neighboring farms.
Eventually, the blueberries began producing sizable quantities of delicious blueberries. In 1982, Randy bought the farm from his parents. He began to expand the sales toward more sale of fresh berries (instead of processed, frozen berries), and today, nearly 75% of all the blueberries are sold fresh.

The farm now has more than 90 acres of blueberries and an on-site bakery and farm store.

What is an endorsement 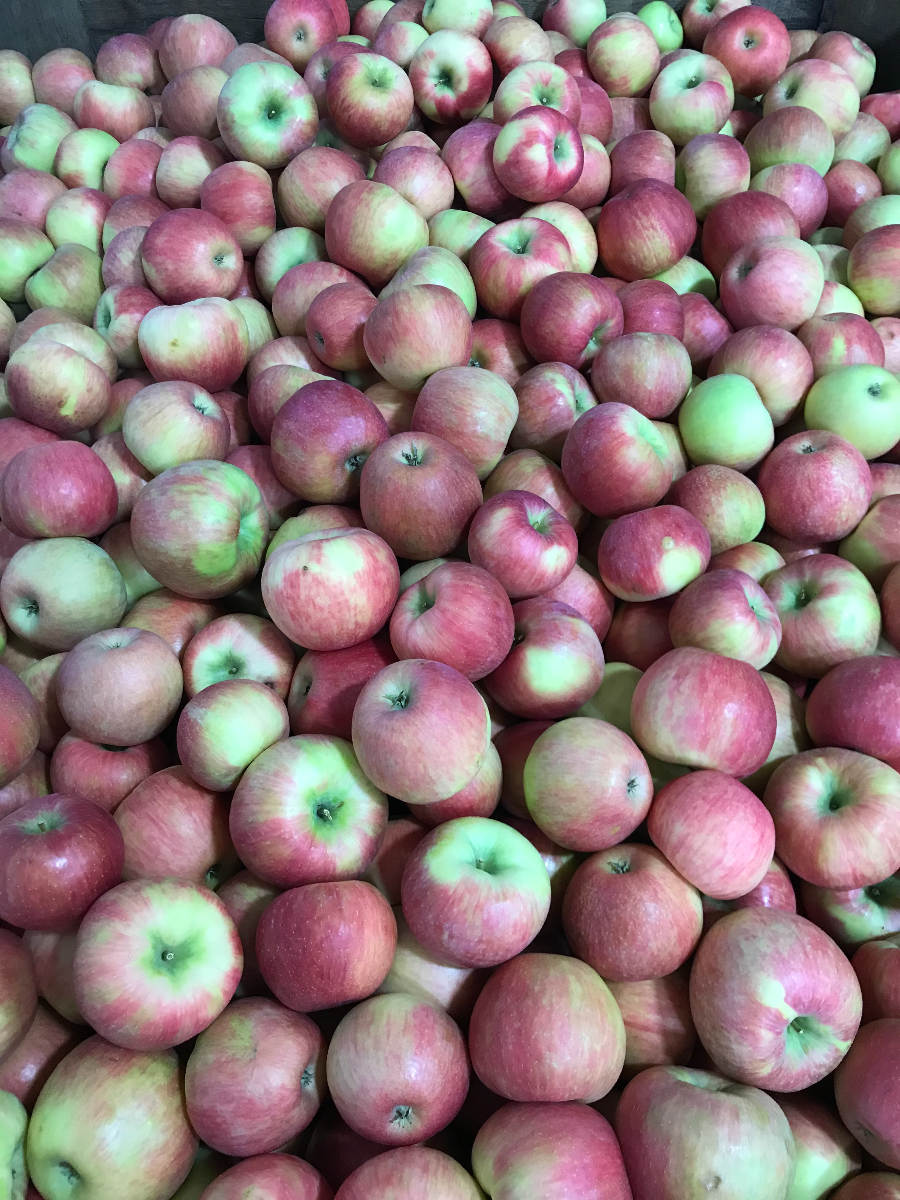 Time to stock up on Halloween treats-pretzels, granola, chocolate covered berries and honey crisp apples on sale this week.

Our delicious cinnamon bread is on sale for Thursday hubs! It is packed with blue crop berries and rolled in cinnamon and sugar with icing!

Enjoy our honey crisp apples... just a few more weeks of these delicious crispy fruit!Apple cinnamon donuts and cinnamon bread on sale too.

Our delicious blueberry filled cinnamon bread is on sale this week! Customers check your in box for our fall updates and pre-order info

Thursday hubs Pumpkin Muffins are on sale this week along with our honey crisp apples, whole bean coffee and blackberry jam. Fall flavors!!

Honey Crisp apples on sale this week along with blackberry jams, pumpkin spice muffins, and whole bean coffee!! Pre-orders have started too.

Pumpkin donuts rolled in cinnamon and sugar on sale this week. Perfect for a fall treat. Check out our caramel apple sale too!

Beautiful dipped caramel apples and pumpkin donuts on sale. Try our tasty apple crisp mix you can make at home on sale and mango lime salsa.

Fresh honey crisp apples dipped in caramel on sale this week! Fall pumpkin donuts rolled in cinnamon and sugar on sale too! Fall is here!

Try are newer Caramel Apple Pie in HALF size on sale this week. Last chance for raspberries on sale too. Blueberry donuts/Gluten free sale!

RASPBERRIES!! Last week for these beautiful precious gems on sale too!!

Last chance to enjoy these beautiful blueberries! Pints on sale this week.

How you know the vendor?

Have you ever visited the location where this vendor grows and/or produces food?

After visiting their location, I have confidence in the safety and health of the food this producer offers.

Thank you for submitting an endorsement.

If you have shopped with us before, login here.

Let's Find the Food that's Local to You

Let us know your Zip Code so we can show you the local farms, artisans, and delivery options in your area.

Just a moment... We are determining your location so that we can show you the local farms, artisans, and delivery options in your area.

If you prefer to search by your zip code, click here.

Market Wagon's mission is to enable food producers to thrive in their local and regional markets. We serve local farms and artisans with online shopping and delivery fulfillment services. We operate delivery networks and fulfillment hubs all over the U.S.

What is the "Beyond Local" Collection?

Market Wagon's mission is to enable food producers to thrive in their local markets and connect you directly with them in your community. However, there are also local food producers who may not be near you.

We have food producers that sell on Market Wagon from other regions, producing food unique to their location. Food that cannot be otherwise sourced in your local area that we consider "Beyond Local."

Our commitment is that "Beyond Local" foods are still sourced directly, you know where it comes from, and it's offered only when there is no viable local supply for these items.

Our mission is to enable local food producers to thrive, so we want to make it as easy as possible for you to support local farmers and artisans. HALF-OFF* your first order up to $40. Enter your email and zip code to claim the discount code.

Get Coupon Code Now No Thanks.
*Offer is valid for first-time customers only. Limit 1 per household. Half-off discount valid on the first $40 of merchandise, a maximum discount of $20.

We'll Match your First $20 in Support of Local Food.

Enter this code at checkout to claim your discount for half-off* your first order up to $40.

Discount Code:
Continue Shopping
*Offer is valid for first-time customers only. Limit 1 per household. Half-off discount valid on the first $40 of merchandise, a maximum discount of $20.