We are wives and business partners Chef Alexa and Samantha Lemley. We initially met and fell in love in the 1980s while working for Chef Alexa’s parents in the family catering business. In the 2000s, we both returned home to Indiana and reconnected to run it. We started KetoLuxe after we began eating low carb to manage diabetes and lose weight. Soon, we realized that we were part something bigger than keto, we were joining the Low Carb Revolution! Low Carb Revolution is artisanal food line featuring chef-crafted flavors. Award-winning Executive Chef Alexa creates each recipe. Consumers report they would never know that our foods are “diet” or low carb. Part of a movement, we have a mission to create healthy deliciousness. Our goal is to revolutionize healthier foods, making them accessible and approachable to consumers. In a field where many small batch foods are created by home cooks, our experience (both starting in the family catering business in the 1980s) gives us the range and mastery to create a full line. Low Carb Revolution items are hand-made with all-natural ingredients, free from cane/beet sugar, corn syrup, grains/gluten, soy, preservatives, artificial colors and flavors, peanuts, and trans fats. • Winner “Best Appetizer” for KetoLuxe Candied Bacon at Girls Night Out Indy 2018. • Winner IndyCooks for the ARC 2016 for Smoked Maple Leaf Farms Duckballs for Artisan Foodworks Catering. • Winner “Best Brew” at the Madison Soup Stew and Brew 2016 for Frozen Hot Chocolate from our food truck. • Winner “Best Overall” and “Best Sweet Dish” at the Chicago Bacon and Beer Classic 2016 for 240sweet Happy Hour on a Stick Marshmallows. • Recipient of the 2016 James Beard Foundation Rhone Rangers Grant to study American wines. I have used this knowledge to introduce my customers to top-notch wines produced in the USA. I’ve also incorporated the flavor components I discovered into my foods to improve it. • Competitors in the World Food Championships Bacon Category 2016. • Finalists in the Chef’s Taste Challenge Farm to Table Cook-Off held in New Orleans in August 2016. Also declared to be one of the “Top 10 Farm to Table Chefs in the USA because of this. • Winner “Best Sweet Dish” at the New York City Bacon and Beer Classic 2016 for 240sweet Happy Hour on a Stick Marshmallows. • Overall Champion Denver Bacon and Beer Classic 2016 for 240sweet Happy Hour on a Stick Marshmallows. • Winner “Peoples’ Choice Award” at the Indianapolis Bacon and Beer Classic 2015 for 240sweet Happy Hour on a Stick Marshmallows. • Grand Champion in the American Dairy Association Indiana Ultimate Macaroni and Cheese Cook-Off 2015. • Winner of “Most Creative” and “Best Gluten Free” for Popcorn and Lobster Soup at Indiana SoupFest 2015 for Artisan Foodworks catering. • Recognized by “Go Magazine” in 2011 and 2014 for being “hot” and outstanding woman entrepreneurs with my wife. • “Local Food Hero” Best Chef 2013 and Best Food Artisan 2012 and 2013 by Edible Indy Magazine for catering and confections. • Received the Hoosier Hospitality Award in 2013 by Indiana’s Lt Governor. • Awarded the designation of “20 under 40” by Columbus Young Professionals. 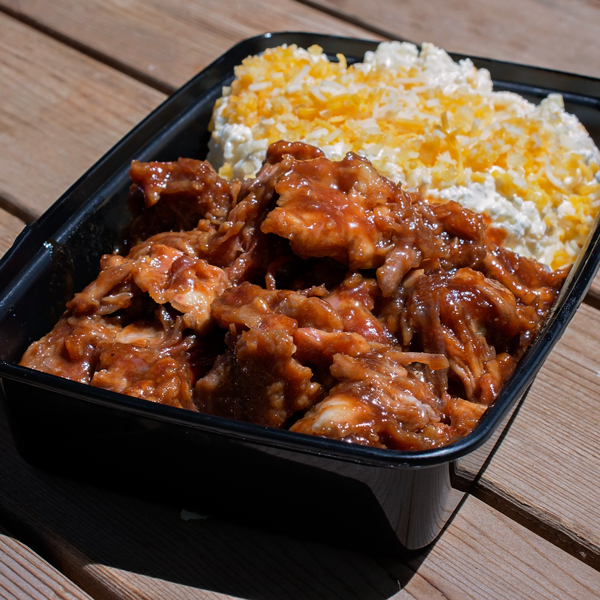 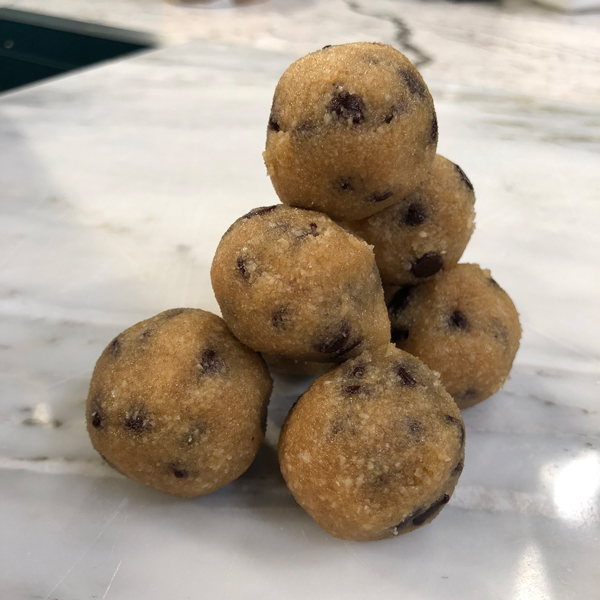 Stock up for Super Bowl!!

Tired of turkey? Enjoy our Bourbon Chicken for a tasty stick to your ribs meal! GF SF

Let's talk turkey: Chef Alexa's Hot Brown meal is always a good choice. For Thanksgiving 2020, it may be perfect. Order for a yummy feast!

🤣 What did the pepperoni say to Chef Alexa? You wanna pizza me?! Try our Pizza Casserole to taste it! GF SF

We're not horsing around! Our Derby (Pie) Tarte has 10 5-STAR reviews! Stock up and save 33% this week on this winning dessert. GF, SF, VEG

The secret ingredient in the best desserts? Love! Taste it in this German Chocolate Cake Chef Alexa created for Sam's birthday. Save 25% now

Thanks to fellow revolutionaries, we accepted the Indiana Culinary Heroes Award for our Healthcare Heroes Easter Meals program.

All treats and no tricks with Instant Pork Rinds. Pop them in the air fryer, microwave or skillet for a crunchy snack. Save 50% this week.

How about Zesty Taco Today? Just heat and eat this frozen meal for a quick and tasty lunch. GF, SF

Decadent and rich, German Chocolate Cake is perfect for birthdays and celebrations. Keep one in the freezer! GF, SF, VEG

Back by popular demand! Indulge in hearty Beef Shepherd's Pie for a good, stick to your ribs meal. GF, SF

97% of Americans keep Catsup in their homes. How many are cool enough to have our SF, GF version? You can be and save $3.50 this week.

Who likes Cajun Jambalaya with shrimp, andouille, and chicken cooked in cauliflower rice? Try it and find out. GF, SF Limited Edition

Yay for Sam! She achieved the goal of cycling 50 miles in one trip around Columbus. She's a Low Carb Revolutionary for living health-forward

"It was a "I'll just have a couple of bites, but ultimately end up eating the whole thing" kinda deal!" says Michael B of Derby Tarte GF, SF

Login here, or continue checking out as a guest...